Athletes (and the journalists who cover them) often talk of the new requirement of self-branding. In reality, it’s a new term to the sports world, but not a new phenomenon. Athletes have always been iconic figures in American pop culture, and the personas they build for themselves live on long past their playing days. Take ‘Broadway’ Joe Namath, for instance, who built his image around fur coats and finger-wagging swagger.

As athletes’ salaries and endorsement contracts skyrocket, so does their cultural relevance. In the age of reality television, celebrities from all walks (and all industries) are subjected to the Kardashian treatment, whether they like it or not. Those that become aware of this reality early enough (and have the skill or people around them to pull it off) can use it to their self-branding advantage.

Here are a few that have been the most exemplary at turning their on-field/ice/court excellence into self-branding excellence. This post will take a look at three different approaches to building that personal brand (good and bad), and see how these athletes have used them to transcend their playing fields. 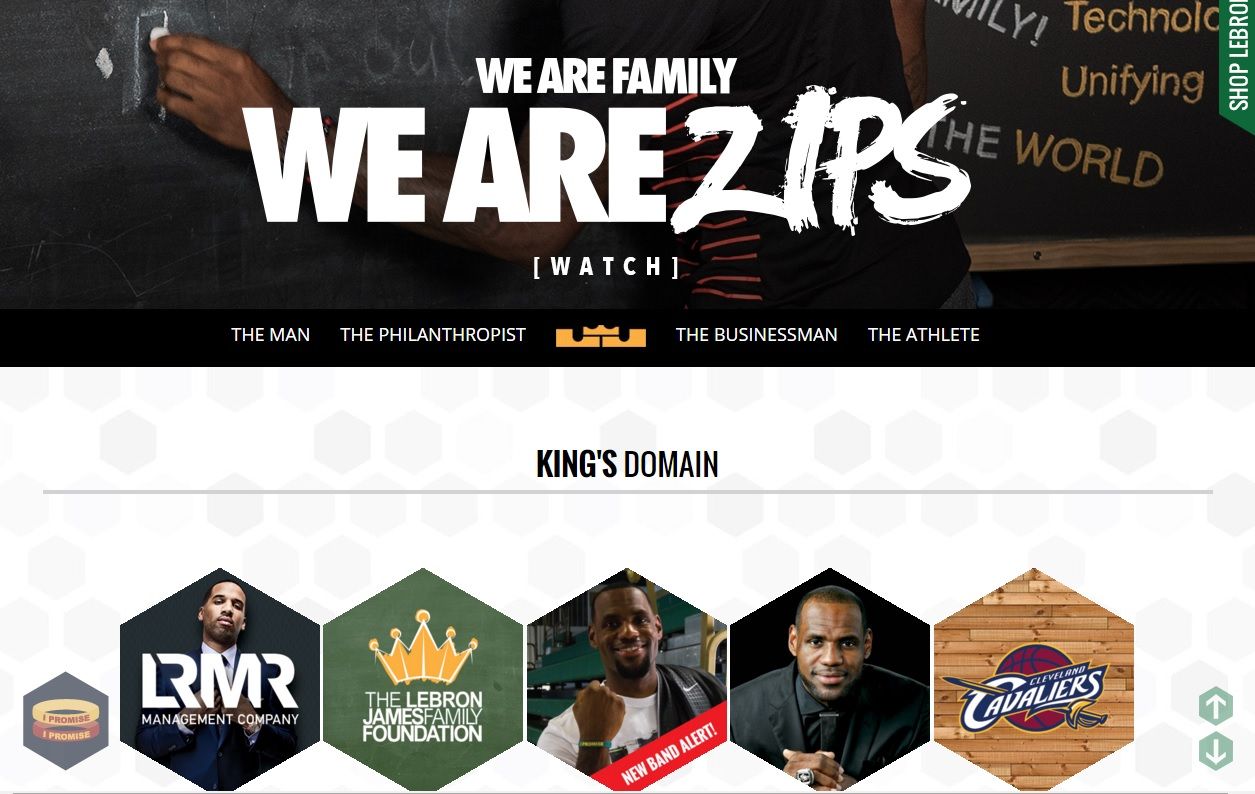 LeBron is an interesting case study because he’s been under the spotlight literally since adolescence. His maturation process has been public viewing since he was a baby-faced phenom in Akron, OH.

Naturally, that kind of unrelenting pressure results in growing pains from both personal and marketing standpoints. His personality has been a constantly moving pendulum between brusque and affable; withdrawn and effusive. During certain stretches of his career, this learning curve has created antagonistic situations between him and team ownership, between him and the media, and even between him and his fans.

The most notable of these instances would undoubtedly be his televised hour-long special, “The Decision,” which aired in July of 2010. The event served as a platform for him to announce his decision to leave his hometown Cleveland Cavaliers for the flashier Miami Heat. James took a lot of heat for the move, as it came off as big-headed and insensitive to the fans he would be leaving behind. “The Decision” was really interesting from a PR perspective because it was clearly something he thought would endear him to a wider audience. Even though all proceeds from the special went to the Boys and Girls Club, the public was still annoyed. Without question, it was the low point of his self-branding history.

Since that time, though, LeBron has shown remarkable branding resilience and smarts (he has also since returned to his hometown Cavaliers, following four successful years with the Heat). So, how has he pulled it off? Aside from maintaining his on-court excellence, he’s made quite a few savvy marketing moves to keep his brand in the good graces of the public. First, he has embraced his funny side. Early in his career, James often allowed the pressure of greatness to cast a pall on his media interactions. He was so wary of backlash that he was apt to simply shut down his personality as a defense mechanism. Awkward interviews, forcedly stoic body language – it all amounted to a whole bunch of nothing in terms of brand building.

To reverse that trend, he’s embraced endorsement opportunities that actually allow him to be himself. For example, he partnered with McDonalds’ recent Snapchat campaign featuring behind-the-scenes footage of him fooling around with friends. He selfied and smiled his way through the campaign – perfect for the ephemeral nature of the platform – and came off as genuinely enjoying himself.

Finally, he’s spent the past few years setting himself up for a career in the entertainment industry after his playing days are over. His recent role in the summer blockbuster Trainwreck was well received by critics and fans alike. This clearly wasn’t a one-off. James has begun the process of building his own entertainment empire, Spring Hill Productions (named after the housing project he lived in with his mother during grade school), that handles projects both for and about him.

This is all coupled with the $20 million he makes yearly in endorsements for shoes, cars, and soft drinks. The inevitable hiccups of his self-branding history are clearly behind him. LeBron is a business-savvy icon and his brand is here to stay – long after his playing days are behind him. He is, after all, the King. 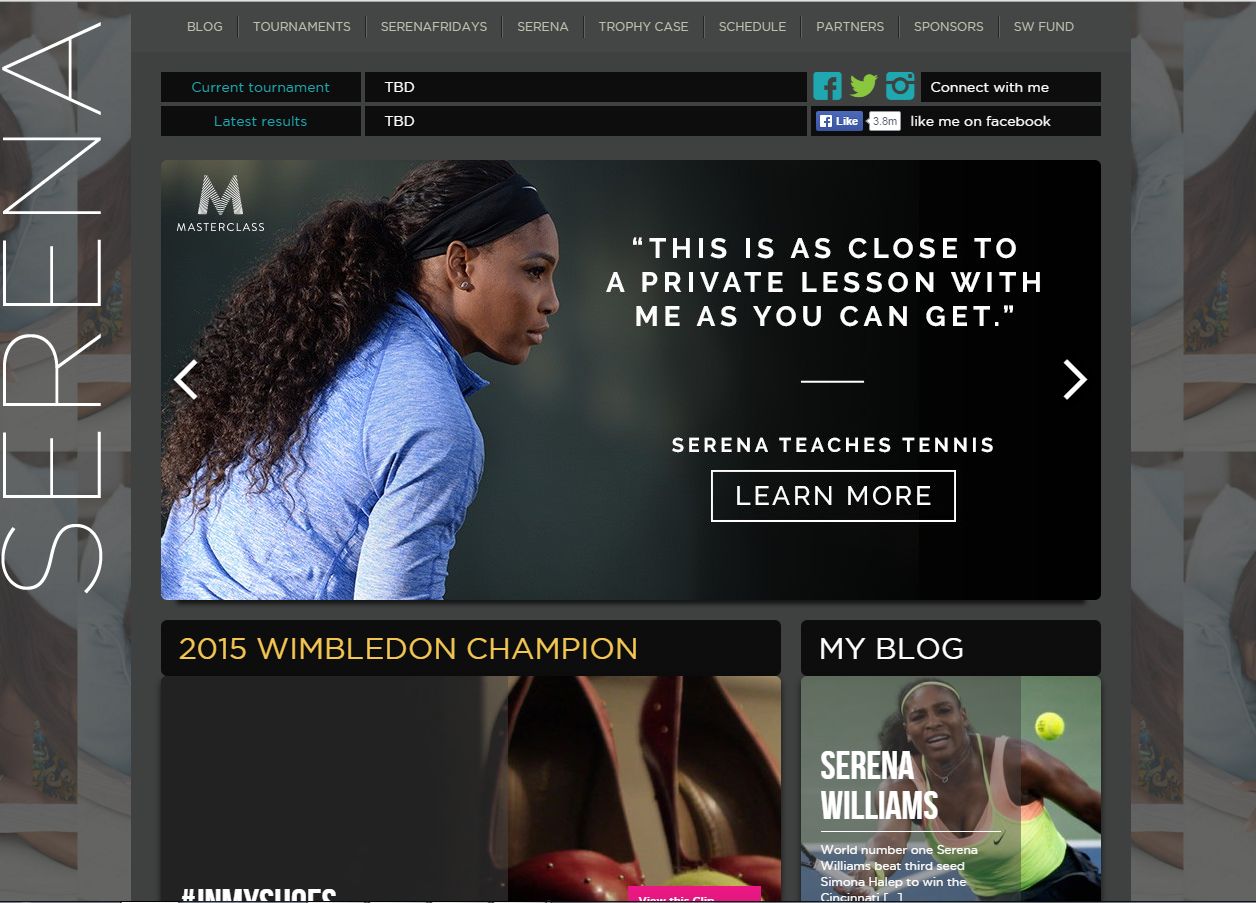 Perhaps the only athlete on the planet who can match James for both athletic dominance and branding acumen is Serena Williams. In fact, one visit to her website reveals several aspects more commonly associated with corporations: documentation of her minority ownership of an NFL franchise, a highly professional and consistent blog presence, and even an outline of her many successful humanitarian pursuits.

Williams, like LeBron, came into prominence as a teen. Her experience was a bit different though, as she had a partner to help her through the madness – her older sister. Serena and Venus stormed the national consciousness together when they were 14 and 15, respectively, and never looked back. While Serena has, over the years, established herself as the superior player, the fact that she had a partner to share the unique and bizarre experience of adolescent celebrity status has certainly helped her navigate the precarious waters of personal brand-building.

Throughout her career, Williams has focused the branding aspects of her life on the fashion industry. Though endorsements from apparel companies were around long before her and her sister stormed America’s courts and hearts, Serena became the first to approach the endorsements as a way to make statements as opposed to just money. While some of the more conservative members of the tennis elite found her unprecedentedly colorful outfits offensive – there wasn’t much they could say once her dominance and charm continued to steamroll the competition. This interest in fashion has expanded beyond mere endorsements as she now is the owner of her own fashion line.

From early adulthood, Serena began dabbling in the entertainment industry, with credits on shows like Law and Order, ER, and The Bernie Mac Show throughout her twenties. Since then, she’s moved on to the big screen with roles in such high profile movies as Pixels and 7 Days in Hell. She’s as charming on-screen as she is in interviews with the media, and for the most part, her roles have been well received. Ultimately, though, it’s her fashion industry foray that will really extend her career beyond her playing days. 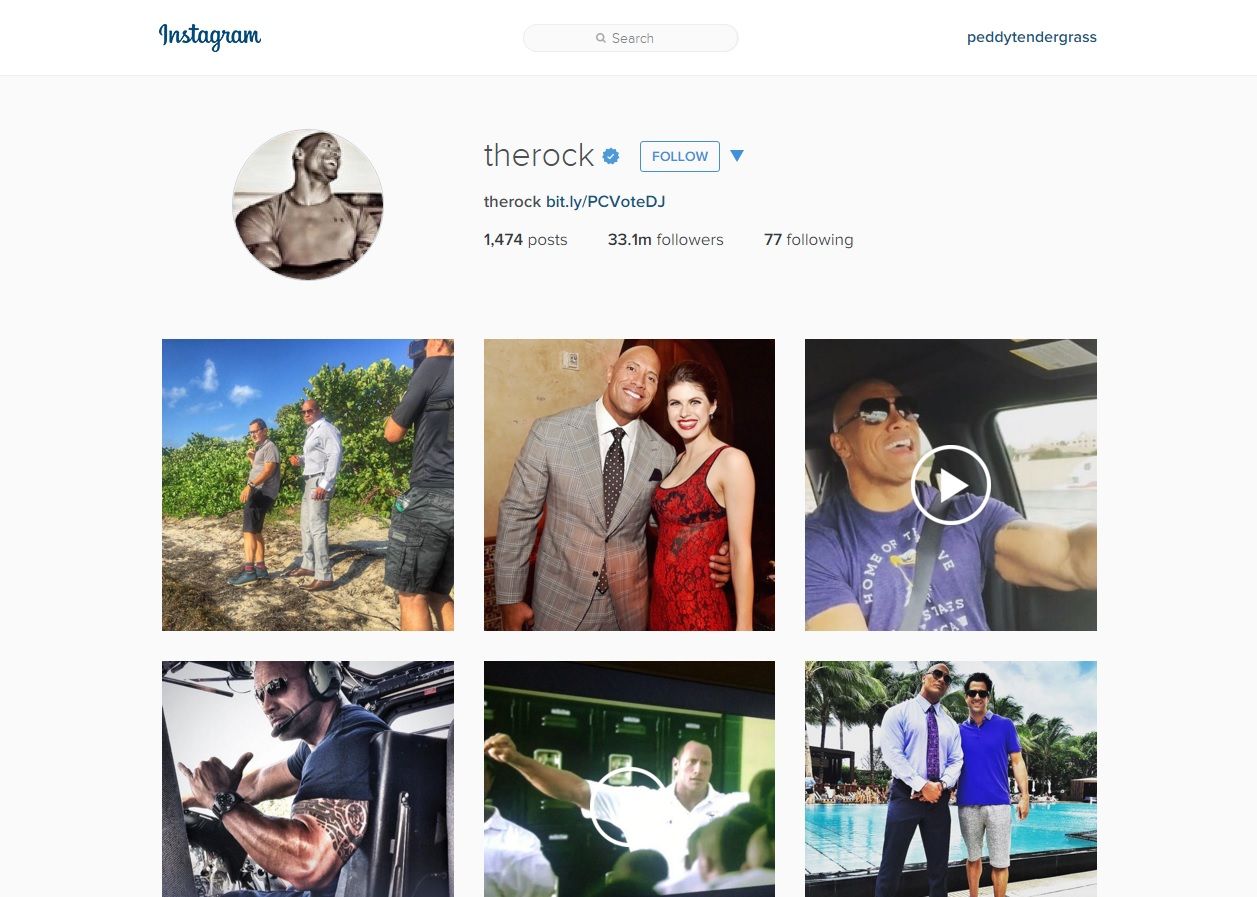 Seriously, though! After ditching football for a career as a popular pro wrestler, Johnson adopted the nickname “The Rock” and used an ironically self-serious demeanor along with pun-based catchphrases to transcend wrestling into the national consciousness. Even with his wrestling career now in the rearview mirror, he’s still a giant of American pop culture – so how has he done it?

Johnson has embraced the natural transition from pro wrestler to Hollywood actor. While his previous line of work was a stepping stone into C-list fame, it put his body at severe risk of injury and was never going to be a long-term career path. Unfortunately, not all people in that position have the foresight or the self-branding acumen to make that transition happen, but Johnson clearly did.

While his acting tends to be a bit stiff by professional standards, he’s good enough to pass. Combine that with his brilliant social media presence – he’s more than willing to engage with fans and have fun at his own expense – and you’ve got a surprisingly consistent box office draw. In fact, his most recent release, San Andreas, was the highest-grossing film of the year to date when it came out in May. That’s impressive by any standards. He also recently starred in a premiere series on HBO, Ballers, that is returning for a second season in the coming months. As far as acting chops, it’s not that anyone is confusing him with Marlon Brando, but that’s not the point. His larger-than-life presence and natural charm have made him a magnet for box office success, and that’s what will give his post-athletics career and personal brand real longevity.

Like LeBron and Serena, Johnson has also been active as a philanthropist. He and his ex-wife recently gave the University of Miami (his football and academic alma mater) the largest donation in school history and started his foundation for disadvantaged and terminally ill adolescents.