Since the beginning of American capitalism, brands have been trying to capture the attention of our hearts and wallets by engaging with us in conversations. They know that certain basic tenets of human nature – our instinctual desire to connect emotionally, for example – can be exploited for their gains. They also know that garnering genuine engagement from customers is a sign of long-term success. Using promotional tools like mega sales can be hugely effective in the short-term, but will do little to convince customers that your brand deserves their lifelong patronage.

Like with anything new and exciting, though, this is a difficult exercise for brands and marketers to master. It’s increasingly apparent that successful social media engagement relies not merely on if brands are communicating, but how, when, where, and why. Just like live human interaction, social media conversations force brands to strike a delicate balance: don’t be so inconsistent your audience forgets you exist, but don’t come on too strong and guide their hand into an annoyed “unfollow” click; don’t be childish and argumentative, but don’t be so bland and milquetoast that you appear to be lacking a strong point of view.

This last fine line – between passivity and aggression – can be especially tricky. Branding is about storytelling, and without having something to say, your story, frankly, sucks.

The challenge, then, becomes deciding what to do when your customers (or former customers) are using their social media accounts to criticize your brand. Your marketing department is using valuable time and resources to study what people are saying about you on these platforms, so how should they be responding when the comments are negative, or even inflammatory?

If the criticism is more serious in nature – say, for example, that a customer is lobbying an accusation of fraudulent activity or brazen and long-term negligence on the part of you or your company – well, first of all, let’s hope there’s little/no truth to the claim. If that’s not the case, you’ll have much larger problems than your social media engagement.

Second of all (assuming the claim is not true), this is still a great opportunity to engage. Regardless of the size of your reach, this is an opportunity to demonstrate how seriously you take issues of that potential magnitude. If you concisely and convincingly demonstrate the falsehood of the claim, you can turn that brand attacker into a brand promoter within a matter of a few tweets.

The Tinder Mess: Be Convincing, Not Desperate When Engaging With Critics 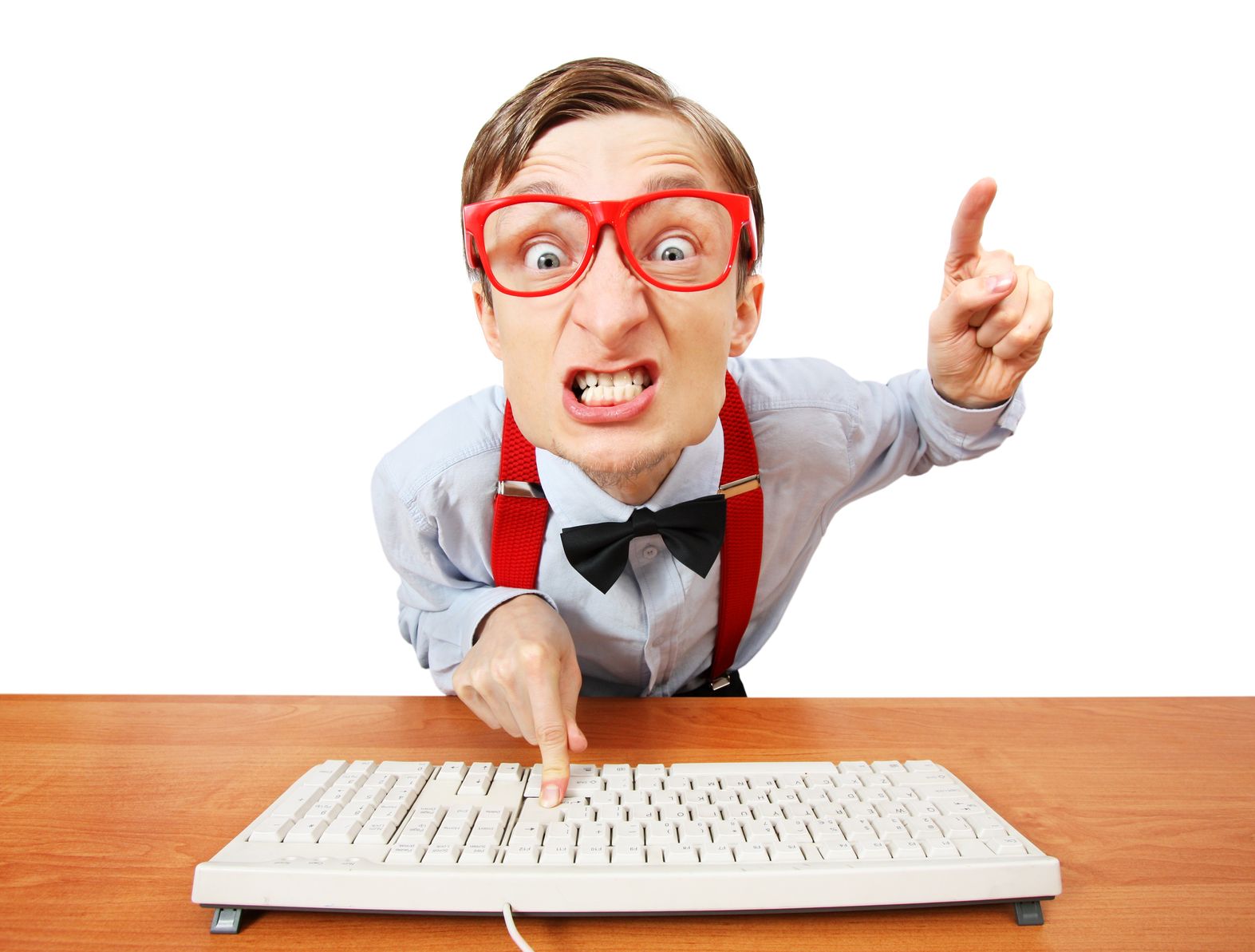 The company you work for and/or own is a major part of your life. It’s where you spend at least forty hours of your precious time each week, it’s one of the first things you discuss with many of your new acquaintances, and the work you produce there inevitably becomes part of your self-perception and identity. So, it’s pretty tough not to take it personally if someone on social media attacks the character of the company and/or the people who are employed there (you).

But before engaging with critics, take a deep breath.

Initial reactions to criticism have a tendency to be emotional, combative, or both, and those aren’t things that help you build a respectable brand – they prevent you from it. No matter how tempting it is to fire off a swift and fiery barrage of tweets to digitally destroy your critic, it’s vital that you give yourself time to fully understand the complaint and respond (if you still deem it necessary after careful, calm deliberation) with a logical and purposeful reply.

In a recent article for Vanity Fair, Nancy Jo Sales wrote eloquently and humorously about the “dating apocalypse” that is being wrought by hook-up apps like Tinder. The piece deals at length with the supposed impersonal and ephemeral nature that apps like these facilitate; that they are part of a general millennial trend away from intimacy and genuine connection. In her words,

As the polar ice caps melt and the earth churns through the Sixth Extinction, another unprecedented phenomenon is taking place, in the realm of sex. Hookup culture, which has been percolating for about a hundred years, has collided with dating apps, which have acted like a wayward meteor on the now dinosaur-like rituals of courtship.

Sales’ prose is funny, engaging, and most importantly and unfortunately for Tinder, fairly damning. Nowhere in their mission statement, for example, does Tinder speak of endeavors to become a “wayward meteor.” Not that I checked, but I highly doubt it.

So, this article puts Tinder in a tough position. While the criticism isn’t coming from actual customers who’ve used the product (although the article has plenty of supporting interview content with Tinder users), it was written by a major journalist for a publication that will reach millions of readers on multiple platforms. Therefore, some form of response by Tinder was needed from a PR standpoint. However, Tinder then had to decide the platform on which they would respond as well as the tone of the message.

Because the article was (seemingly) well-researched and (definitely) well-written, Tinder would’ve been best suited to respond in a similar way. Whether a press release, thoughtful company blog, or simply a link to a written description of a user’s experience with their app, one thing is for certain: in the tone department, Tinder needed to avoid sounding desperate.

Unfortunately, they did exactly that.

Tinder (or someone in their social media marketing department) took to Twitter to unleash a barrage of nearly 40(!) tweets either directly sent to Sales’ Twitter account or responding specifically to the claims in her article. The first problem with this approach is the platform. As we discussed, the article was lengthy and eloquent, so Twitter is likely not the best place to respond, given the inherent character limit. Even within that framework, however, Tinder chose the route with the least possible tact. If they were, for example, to have chosen a few simple statements of pride in what their app has accomplished, or linked to a success story from a customer, Twitter would’ve been a perfectly fine arena in which to respond.

Instead, they came off desperate, combative, and aggressive: much more often the traits of people who are responding to legitimate criticism than illegitimate, to be sure.

On the whole, choosing whether, when, and how to engage with your critics on social media is only as difficult as you make it. Think about your ideal conversation with an unhappy customer in your brick-and-mortar location; does it look anything like you ranting and raving for a half hour while the (likely dumbstruck and/or bemused) customer makes plans to never visit your store again? Probably not. Engage in a manner that underscores the maturity and respectability of your brand: the audience is much more likely to buy in to the arguments of your critics if you come across desperate to prove them wrong.