Can social media really function as a force for good? More specifically, can viral campaigns on social networks accomplish real change for the nonprofits that run them? It can be hard for people to take these campaigns seriously. It’s not always clear who exactly will be getting the fundraised money, there’s nowhere for people to see how much has been donated already, and perhaps most importantly, these campaigns get a lot of their participation from younger generations.

Over the years there have been a few notable examples of nonprofit campaigns that “went viral” through social channels. The simple fact that you’ve heard of them proves that these campaigns were at least successful in raising awareness for their causes. But did they help raise money? Did they make people care more?

Let’s take a look at three of the most famous examples.

When the half-hour film about Joseph Kony, African warlord and recruiter of child soldiers, dropped back in 2012, the term “viral” was completely redefined. The video received over 100 million views in a week –not such an unusual accomplishment nowadays, but back in 2012 it was unheard of. The organization Invisible Children was responsible for creating the video and for the overarching KONY 2012 campaign. 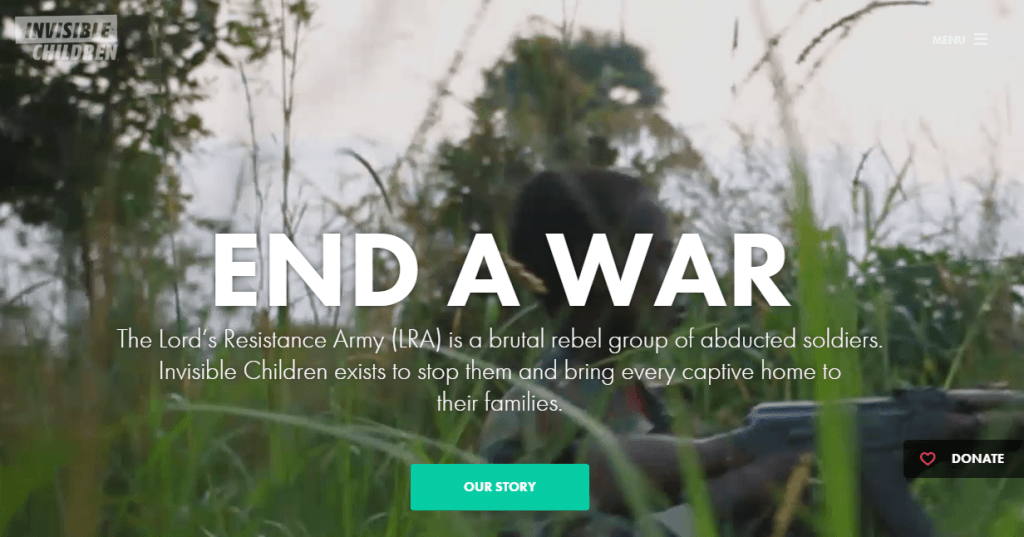 But Invisible Children wanted more than just views to their video. They wanted users to spread the word via social shares, sign a pledge, and, most importantly, donate money. KONY 2012 successfully raised around $20 million dollars during a year of its campaign. Despite criticism over the content of the video, the video’s creator, and Invisible Children’s inner workings, there is no denying that the campaign was successful in making Joseph Kony infamous and in raising funds for the organization trying to bring him to justice. In addition, the issue of child soldiers and human trafficking became a household and national concern. And the effects of the campaign are still in progress. President Obama recently pledged further efforts and funds for the mission to arrest Kony. Not bad for a campaign that was started on YouTube.

The internet was taken over by ice buckets during the summer of 2014 in the name of ALS. Amyotrophic lateral sclerosis (ALS) is a neurological, degenerative disease that eventually leads to loss of muscle movement and possible paralysis. The ice bucket challenge was started as a way to raise awareness for ALS and funds towards research for a possible cure. Because of the ease of social sharing, the challenge spread rapidly through Facebook. Friends nominated other friends to participate, and the growth was exponential.

This campaign also endured backlash from critics that pointed to the fact that upending a bucket of ice water on your head is not actually helping the cause. They believed that the campaign wouldn’t achieve any real significant fundraising because people were focused on the virality and fun of the campaign, rather than actual donations. This proved to be untrue – the total amount raised specifically from this campaign was $220 million. The large-scale popularity of this challenge was directly responsible for its success. And the social aspect of sharing and nominating friends made the campaign fun for everyone (including the ultra-famous). Check out the 60 Best Celebrity Ice Bucket Challenges laid out by Mashable.

Now we get to the latest viral social media campaign. Unlike the other two, this one has largely been active in the United Kingdom instead of the United States. And although anyone is able to chime and participate in this campaign, 15 Seconds of Shakespeare has also been unique in that the majority of meaningful content has come from celebrities. With the campaigns mentioned above, as well as many others, normal people got the ball rolling and celebrities chimed in later when the campaigns were well established. But this latest campaign started when actor David Flynn (who had minor roles in both Game of Thrones and BBC’s Sherlock) posted a 15-second video in which he read lyrics from a pop song in the manner of Shakespearean theater.

Many other celebrated actors have followed suit to create an impressive collection of videos. Warning: If you’re not familiar with British “telly” you may not recognize some of these people (with a few exceptions). Inclusion of the #15SecondShakespeare hashtag constituted a pledge to donate to the British Red Cross’ efforts at aiding refugees in the ongoing refugee crisis in Europe. The campaign is still in progress – check out the hashtag on Twitter to see the latest additions. Because the campaign is still going, there’s very little information on how successful it’s been so far. But if the other viral social media campaigns were any indication, this one will likely raise significant funds as well.

Based on These Three Examples, It’s Safe to Say That Viral Social Media Campaigns Are a Legitimate Source of Fundraising for Certain Causes.

They masterfully capture people’s attention and make them want to be a part of it. And the nominations to participate build off the already-made social networks within Facebook, Twitter and other platforms.

These examples have become extremely famous, but there are many more examples of lesser-known campaigns that have also been successful. 60% of millennials are donating an average of $481 every year to different causes, so organizations looking for some fundraising should find ways to reach them where they’re already at – on social media. You don’t need celebrity participation to raise money. You just need to target the right audience, and millennials using social media are a pretty good place to start!