For the past five years or so, there have only been a few social media platforms that have remained dominant.

Facebook is the undisputed champ, leading in user base size and maintaining healthy profit growth since its 2012 IPO. Instagram has overtaken its parent company (Facebook) for photo sharing among young people. Snapchat, an upstart whose popularity continues to skyrocket, rose to prominence with disappearing photo sharing features that facilitate fast, informal communication. Twitter, which arrived on the scene not long after Facebook, built a following by combining real-time content with thriving sub-communities built on specific topics like comedy, sports, and politics. And while Twitter’s growth has slowed, its influence on social culture in general is still immense.

But what led us here? Who were the social media pioneers that blazed the trail for our current platforms? Let’s take a look at some of those nostalgia-inducing names and examine where their influence can still be seen.

Six Degrees was born out of an early internet meme positing that any actor or actress is within six degrees of separation from Kevin Bacon (seemingly randomly chosen). It was founded by Andrew Weinreich in May of 1996 and featured a few of the social media hallmarks we’ve come to know and love today: profiles, friend lists, and even affiliations for school enrollment.

The story of the rise and fall of Six Degrees is one that should sound familiar to anyone who’s bemoaned the presence of ads on their favorite social media platform. It’s a common internet story in which a platform builds an audience with immense potential for profits but, in the process of capitalizing on that potential, alienates the audience that made it popular in the first place. It’s a classic Catch-22 for the digital age.

When AOL helped make internet usage mainstream in the ’90s, its chat feature was one of the main attractions. This was before cell phones were ubiquitous, so a rapid, text-based communication system was still unique. Also, the anonymity provided by the internet facilitated personal reinvention and creativity. Unfortunately, this was/is also exploited by those behaving creepily and dangerously.

Chat rooms continued to build in popularity, and by 1997, users were spending more than one million hours chatting – whether in chat rooms or in AOL’s newly released standalone Instant Messenger service – every day.

Eventually, chat rooms on AOL and elsewhere started to feel some of the same pangs of saturation that networks before (Six Degrees) and after it (Myspace) would feel. As the Washington Post put it,

A space that was once a frontier was being standardized, monetized – colonized by moms. And the places that remained on the fringes were categorically gross: full of spam and sludge and a/s/l-style solicitation, a far cry from the supportive communities of the late ’80s.

Despite their eventual fall from grace, AOL chat rooms were a poignant demonstration of how much time and energy users would be willing to spend building online communities. 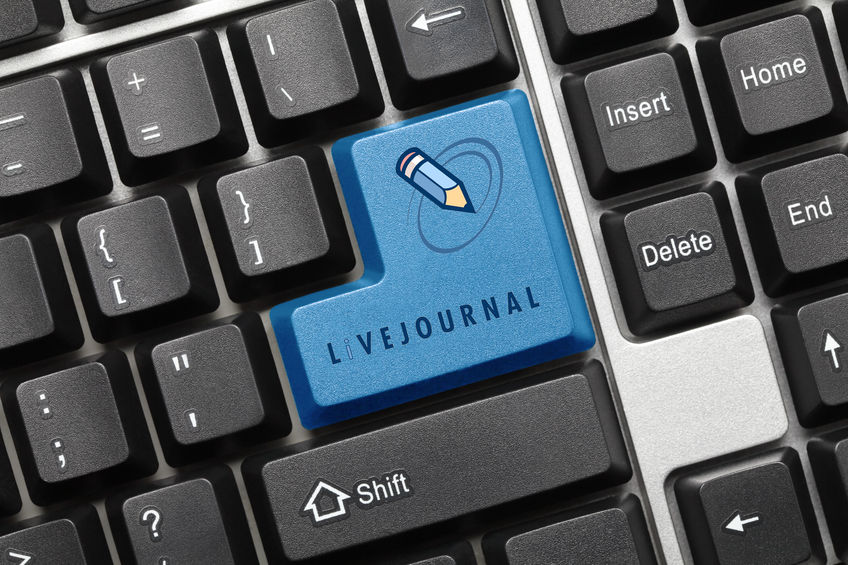 LiveJournal is the first addition to our list that is not actually defunct, but its current existence is merely a shell of its former self. The blogging platform debuted in April of 1999, founded by Brad Fitzpatrick as a way to keep his friends from home updated on his life after moving to Seattle for college. It’s telling that the origin of the platform was based on keeping in touch with displaced friends, as much of Facebook’s early success (once it was opened up to more than just Harvard, that is) was built on the same natural impulse.

LiveJournal struck a chord with the highly-coveted younger demographic. Young people flocked to the site in large numbers to pen heartfelt, emotional (or “emo,” a term these users would come to help define) musings on everything from young love to fanfiction. It was these fanfiction subcommunities that would signal the downfall for LiveJournal. When the platform deleted thousands of fanfiction account threads for posting inappropriate content, the user base felt alienated and began to look elsewhere. While many of the takedowns were well-founded and in the name of online safety, there were also many that weren’t inappropriate at all.

LiveJournal still exists, but its user base and cultural relevancy have declined steeply since Fitzpatrick left the company nine years ago. To this day, though, the platform’s ability to facilitate sincere, emotive posts has lived on in the user behavior on platforms we use today.

Scott Heiferman started Meetup in 2002 when, in the tragic aftermath of September 11th, he was inspired by the way his community galvanized around rebuilding and healing. He wanted a way for people to use the internet to organize real-world events.

Meetup, like LiveJournal, still exists. In fact, while it may have started over a decade ago and has seen its growth slow a bit, Heiferman believes it’s true time to shine still hasn’t arrived yet. As people spend more of their time on social media platforms, a counter-trend of wanting to spend time unplugged from it all will inevitably occur. In fact, the seeds of it are already visible. Meetup is in a unique position of having helped create the social media boom, while still being able to capitalize on its backlash.

Friendster was founded in 2002 as a way to bridge the worlds of gaming and social media. Initially, founder Jonathan Abrams created the platform based on the “circle of friends” social network concept of linking people from the real world into interconnected virtual communities. The idea came to fruition quickly, with over 3 million users joining within the first few months.

In 2009, Friendster was bought out by a Malaysian payments company called MOL Global for a reported figure in the $100 million range. The partnership was important because it allowed the companies to build on their already burgeoning joint ventures, like the Friendster Wallet and Friendster Gift Shop. These innovations proved to be ahead of their time. Today, platforms like Facebook and Snapchat are focusing significant resources on implementing money transfer, ecommerce, and gamification features.

For many of us, this was the gateway to the world of social media. Before there were “Likes” and “Pokes,” there were “Top Eight Friends” and “Profile Songs.” Myspace came to prominence in the early 2000s, when Friendster was running out of steam and Zuckerberg hadn’t even crossed paths with the Winklevoss twins yet.

Eventually, Myspace lost ground to upstarts like Facebook and Twitter, which of course became the platforms to cash in on the world-changing potential earlier platforms had shown. But what Myspace established lives on today in the way young people approach social media. It’s not just a way to express themselves: it forms the framework for how they build their social circles. Before Myspace, this was only a concept, not a fully fleshed out reality.

There is a sizable and vocal contingent of web users that – through nostalgia or otherwise – wants to see a return to the pared down, strict functionality of the earliest social networks. Ello was the first of these nostalgia trips to gain real mainstream momentum, even being billed as a potential “Facebook Killer” by the press. It didn’t live up to that hype, but it has developed a devoted following of artists who appreciate its lack of ads.

It’s unclear whether a throwback platform such as this would have any real staying power in a way would threaten the incumbents. In any case, the history and evolution of social media indicates that the platforms mentioned above will continue to see their early innovations live on in the influence and growth of the newcomers.