This statistic, which signifies the power, popularity, and prevalence of Facebook, surprised me. Of course, Facebook has become a societal symbol, an icon of the current zeitgeist. Spawned by an undoubtedly brilliant yet somewhat enigmatic college student, it has an alluring, almost mythic back story (dramatized and sensationalized by The Social Network). However, I suppose I didn’t realize the extent to which Facebook has dominated our internet usage.

This eye-opening stat prompted me to start musing on misconceptions: maybe I have other ideas about social media and marketing that are slightly out of touch. These ideas might be observations I’ve made based on personal experience; myths that have been passed down from one inbound marketer to the next a la the Greeks and Romans that I’ve taken as truth; or hasty assumptions. Or maybe I have some misperceptions because the truth is counterintuitive.

I’m a big proponent of research and statistics, because I think they help us understand the state of social media and marketing, and they’re objective. I read op-eds as much as the next person, but sometimes subjective vice from self-proclaimed “gurus” simply doesn’t cut it.

I set out to bust some myths: Jamie Hyneman style. I wanted to see which of my pre-existing convictions about marketing hold true. I searched high and low for surprising, unexpected, less-than-obvious statistics and discovered some interesting findings in the process.

Myth: It’s better to post and tweet on weekdays than weekends, because during the week, people are tied to their computers and are more likely to see posts.

Posting on social networking sites on weekends always seemed somewhat risky to me: only 16% of Facebook users see a post from a business page, and it seems that this percentage would be even smaller on weekends, when people are out and about and not using their computers as much as they are during the work week.

Yet, according to Zarrella, weekend posts/tweets garner increased likes and retweets because of a phenomenon known as contra-competitive timing: brands that talk when everyone else is silent draw more attention. When social media chatter slows down on weekends, the brands that continue conversing get noticed.

Myth: Saying “Please retweet” is a serious Twitter faux pas and deters people from retweeting you.

It looks like that cloying, cliche, self-promotional phrase really does work.

Finding: According to MailChimp, straightforward, simple subject lines have the highest open rates. MailChimp looked at 40 million emails sent from customers and found that people are more likely to open emails with bland (even slightly boring) subjects that clearly convey the content of an email. Email subject lines don’t have to jump off the screen, and inventive headlines often have abysmal open rates. 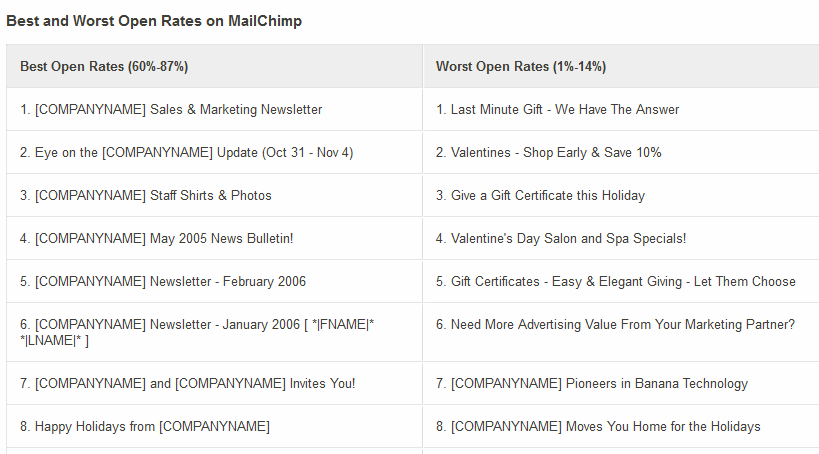 The reason: because people receive so much junk mail, anything that slightly hints of span gets disregarded and deleted. This reasoning makes sense to me, though I’ll always have a soft spot for the J. Crew emails I receive with the witty, pun-filled, and whimsical subjects. In reference to a quilted vest:

Myth: Brands regularly use social media to engage with customers (or potential customers).

Finding: 94% of marketers use social media to market their business, but they’re definitely lacking in the execution of their social media strategies. The overwhelming majority of brands disregard the interactive nature of Facebook and Twitter: 70% of businesses ignore complaints on Twitter; 25% of global companies close their Facebook wall; and brands ignore 70% of questions posed by Facebook fans.

The entire raison d’etre of social media sites is to facilitate connections and conversations, so why do brands fail to respond to consumers? I don’t know, but I do know that I’m still waiting for a reply I’ll never receive from Starbucks in response to this tweet I sent out a few weeks ago:

Finding: SEOmoz took a random sample of 500 posts and pulled the link metrics for these posts. They found a correlation between length of content and links that content receives. 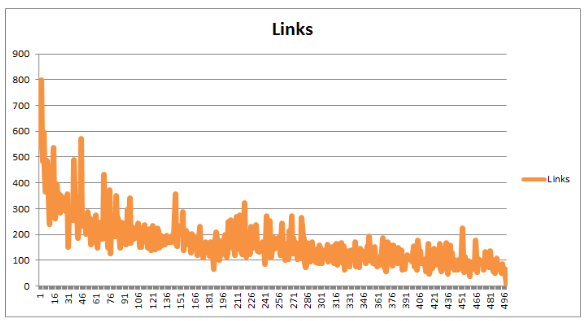 It looks like the blogosphere is composed of more than superficial skimmers and brisk browsers. Long live long content.

Now, my mythbusters endeavor was far less dramatic and much tamer than the ones conducted on the Discovery Channel. And conducting this research made by nostalgic for the sometimes frightening and other times bizarre episodes of MythBusters. So while I watch a mini-marathon, I’ll be scheduling tweets and Facebook posts for the weekends, crafting straightforward email subject lines, indulging in my newfound Instagram obsession, and developing ideas for a long blog post. And I maybe even break my personal rule against using the phrase “Please Retweet” if it means I can get a retweet from the MythBusters master himself: