Considering people have been hailing virtual reality (VR) as the “next big thing” for almost three decades, it’s understandable that some are hesitant to jump on the bandwagon. For a technology as interesting as VR, there just hasn’t been a takeover yet to live up to the technology’s initial promise.

That could finally be changing, according to many technologists who are watching with keen interest as companies like Facebook and Google position themselves to drive innovation (and profits) in a VR-dependent world.

First Thing’s First: What Is It?

Virtual reality is technology that uses software to create a simulated three-dimensional world. It typically arrives in the form of a headset of some kind, through which users can see the simulated world and experience it as though it was the real, physical world around them. Pretty cool, right?

Goldman Sachs has predicted that the virtual reality industry will be worth more than $81 billion by 2025. For businesses hoping to drive revenues using technology, that nine-year time frame is actually quite small. The time is now to start preparing for the next tech revolution, and businesses that shirk this responsibility will likely be left behind.

One of the main reasons that marketers should be closely monitoring VR progress is that its eventual acceptance into mainstream seems—to many of our brightest minds—to already be a foregone conclusion.

Even if the technology didn’t lend itself specifically to marketing or advertising (which it does, but we’ll get to that in a bit), it’s going to be a part of consumers’ everyday lives. For marketers, that means it has to become a part of their everyday lives, as well, lest they be forgotten in the minds of their audiences.

Some Industries Feel the Pressure to Adapt More Intensely Than Others

As with the internet, VR will affect the trajectory of certain industries more than others. The automotive repair industry, for example, wasn’t affected nearly as strongly by the internet as the book retail industry was. For the most part, when we have an issue with our car, we still take them to a garage to get them fixed. How we decide on that garage, and how we do preliminary research for ourselves has changed dramatically, but the end result is still typically a trip to the garage.

The same is true of VR. Speaking of cars, let’s say you are in the market to buy a new one. The first step is to do some research online. Consumer reports allow you to benefit from the knowledge of people who’ve already used the car(s) you’re considering, so you can start to narrow your search. But at a certain point, you’re going have to head down to the dealership for a test drive; no one wants to buy a car until they’ve experienced for themselves how it feels to drive it.

With VR, that process can be accomplished all from the comfort of your own home. Just as sites like Amazon upended retail industries by enabling consumers to buy remotely, VR has the potential to transfer that ability over to products and industries that up until now had been too physically-based to be affected as much. 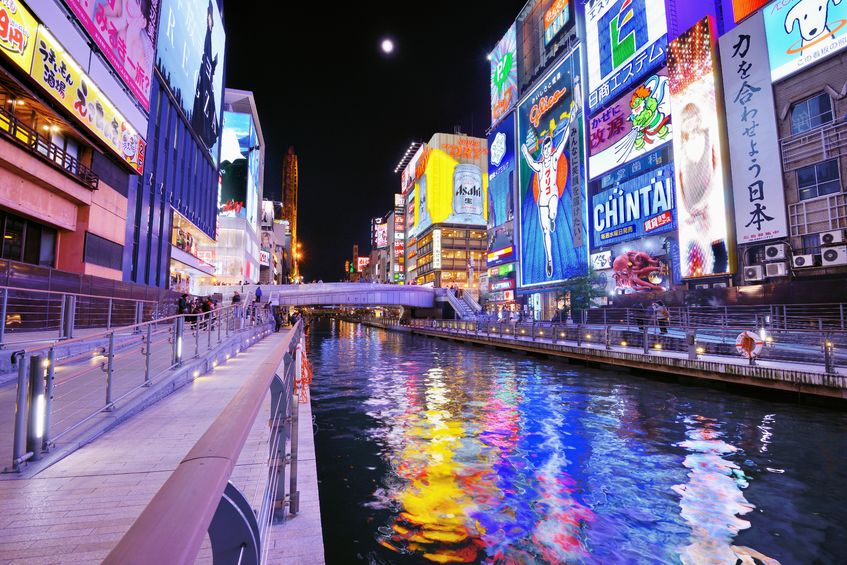 While sites like Myspace and Facebook revolutionized the way people interact socially, they also needed to sell advertising products in order to turn their high usage numbers into actual revenue. For Facebook, those advertisements appear throughout the various iterations of the platform: in the margins of people’s Timelines, in the News Feed as promoted posts, and now as pre-roll video ads for Facebook’s burgeoning live and recorded video hub.

But with VR, it’s an entirely new structural framework. More precisely, it’s an elimination of all the structural frameworks we’ve become accustomed to. Instead of vying for advertising real estate on a two-dimensional screen, there is an endless world of pixelated “air” and “space” on which brands will be trying to advertise. New agencies are already popping up all over the world hoping to dominate in this brave new field. Existing ad agencies are setting themselves up to evolve into that skillset as well.

One can imagine a myriad of different ways that brands will be able to advertise in a VR landscape. On the one hand, the ads themselves could be filmed and developed using VR technology, enabling ad products similar to traditional television advertising. In this scenario, the “world” of the VR – in whatever capacity the user is experiencing it – would be periodically interrupted and replaced by the advertisement.

On the other hand, there might be other, less immersive iterations of VR advertising. For example, there could be branded elements within the simulated VR experiences sold. These would work more like billboards, or the banner ads seen at pro sporting events.

Meeting Your Customers on Their Turf

On another level, VR will revolutionize marketing for the simple fact that it will change the way we tell stories. Storytelling as marketing (or content marketing) has always been a major part of marketing and branding. Businesses use storytelling to attach concepts and elements to their brand in the eyes of their potential customers. For VR businesses like Oculus (purchased by Facebook for $2 billion in 2014), inserting virtual reality into that process should be a lucrative business model.

In a conversation with Marketing Week, Katherine Crisp, head of strategy and innovation at UNICEF, spoke of how VR enriched their recent campaign, “Clouds Over Sidra,” which shone a light on the recent Syrian refugee crisis:

It’s told through the eyes of a 12-year-old girl named Sidra and you really feel like you are part of her life, going to school with her, sharing food with her family, playing games. You are experiencing her life but also how her hopes and dreams are on hold.

For decades, advertising and marketing executives have cited the importance of evoking emotion in your audience. So it’s no wonder why a tool that puts an audience in the shoes of a subject with unprecedented visceral clarity is such an important innovation.

After purchasing Oculus in March 2014 for $2.2 billion, Zuckerberg’s company has been allocating more and more resources to the eventual product rollout. Like most other iterations of VR, the Oculus Rift is a high-end headset, and will likely be one of the first to actually hit the market. The headsets are already in circulation, but are currently very hard for the average consumer to get a hold of. Best Buy recently offered free demos (by appointment only) at locations all across the country for the month of May.

Google made their own major investment in an existing company in this field with Magic Leap, a Florida-based, augmented-reality startup. Magic Leap, led by Rony Abovitz, is said to be further from actually shipping products than Oculus, but some believe the augmented reality technology (in which holographic images are superimposed onto the physical reality, as opposed to completely replaced by a separate, simulated reality) it’s developing will be even more immersive and successful than its VR counterparts. In the meantime, Google has also developed a more rudimentary VR tool called Google Cardboard, which is available now. Google Cardboard allows users to fold their “viewer” into a headset, attach a smartphone, and enjoy a wide range of basic VR apps and capabilities.

Samsung Gear’s VR technology is built to use in conjunction with Samsung Galaxy S6 and S7 phones only. Its relatively low price (under $100 in most cases) makes it a good entry point for newcomers to VR (pretty much all of us). Critics of the Gear VR have noted that the experience is less immersive and more difficult to feel truly “present” in the simulated world. But considering the value – and the growing market share of the Galaxy smartphones – the Gear is definitely worth keeping an eye on in the future. 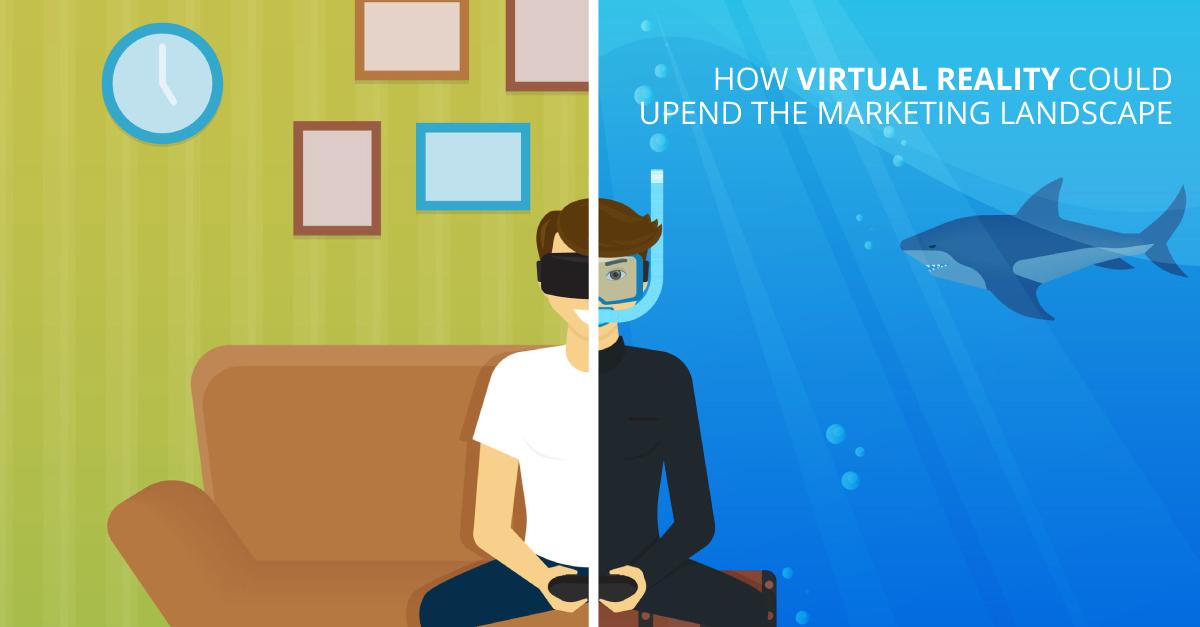 Jaron Lanier, the technologist who coined the phrase “virtual reality” thirty years ago, has this to say about the intersection of advertising and technology:

Advertising is the edge of what people know how to do and of human experience … [It’s] profoundly different from the latest Silicon Valley definition of advertising – where you have people pay for who they can be connected to – which is essentially a gating function.

This presents the role of marketing in a VR landscape as a far less depressing concept. Instead of using advertising to trick, trap, or simply exhaust users into becoming customers, marketers can use VR technology to truly connect. As the technology becomes increasingly prevalent, it will behoove companies to adopt that mindset.